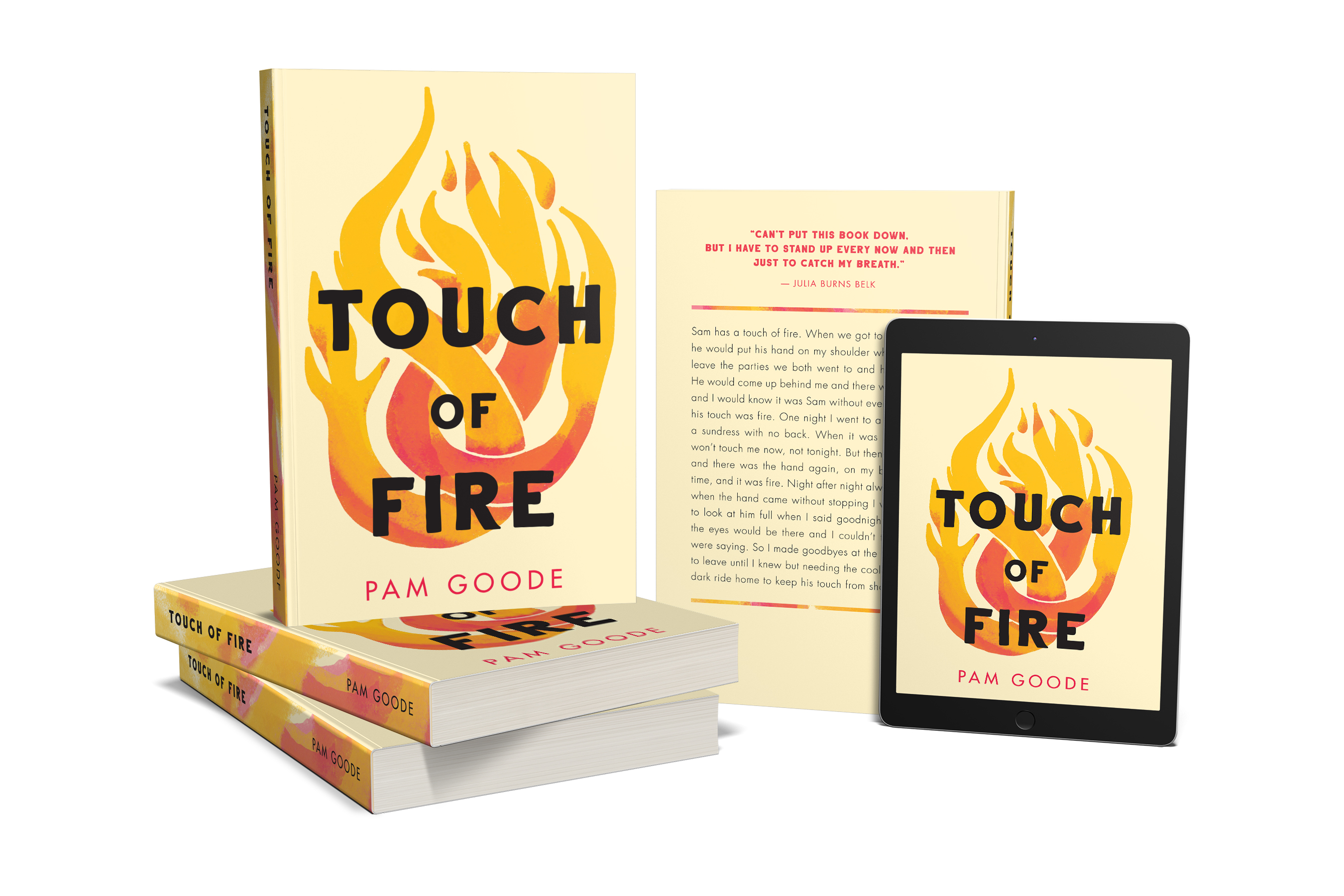 And as of July 25, I’ll be lying on a beach somewhere, being greedily ravaged by a pounding surf and loving it.

“In their faces I tried to see who would be the first to break our little world of pick-up sticks and easy living. I caught sight of a spark in some now and then, but I guess deep down I pretty much knew it would be me throwing the dice wild.”

Not everyone grows up with role models for love. Raised in an affluent southern community where rules are clear and secrets held close, Jenny is surrounded by expectations she rarely believes in. When her journey betrays society’s demands, her tentative belief in love makes navigating emotions much more complicated. Ostracized by family and friends and struggling through a difficult marriage with a precocious child, Jenny moves through questions and awakenings with a soulful interior dialogue, hoping to forge a truer path.

Sam has a touch of fire. When we got to be almost friends he would put his hand on my shoulder when it was time to leave the parties we both went to and he said goodbye. He would come up behind me and there would be the hand and I would know it was Sam without even turning because his touch was fire. One night I went to a party and I wore a sundress with no back. When it was time I thought he won’t touch me now, not tonight. But then we were leaving and there was the hand again, on my bare shoulder this time, and it was fire. Night after night always the same and when the hand came without stopping I was hard pressed to look at him full when I said goodnight because I knew the eyes would be there and I couldn’t tell yet what they were saying. So I made goodbyes at the floor, not wanting to leave until I knew but needing the cool night air and the dark ride home to keep his touch from showing plain.

I’m one of those people who doesn’t really know how to engage in polite conversation. Therefore you can count on two things.

My favorite part of this book is the humanity. There’s no hero or heroine. It’s real and it’s gritty and it follows the journey of good people learning about love and, as they say, “it don’t come easy.” You’ll have a love/hate relationship with the main character, and that’s intentional. Because you know what? We’ve all struggled. We’ve all done things that were ill-advised or worse. We’ve all, at some point, been really ill-equipped to love, muddled through with varying degrees of success, and hoped to come out on the sunny(ish) side.

And because of #2 listed above, some of the internal workings are told in stream of consciousness bursts because … that’s how we think, right?

I’d love to know what you think. You can comment on this post with your name or anonymously.