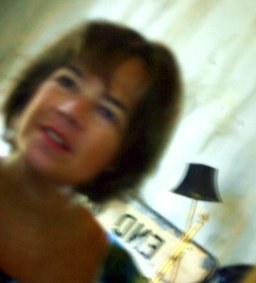 The Why: I’ve always been a dreamer, a planner, a lover of behind-the-scenes workhorse days. Not a bad thing, but, you know . . . passive. And I want (need) to be less of that and more of this: off my ass and into my life.

One day I was browsing a favorite spot, one of those off the wall places that sells a random assortment of miscellanea you rarely think to buy: curtains made from cut-up water bottles, scrumptious cotton pj’s sprinkled with feathery owls, gourmet dog biscuits and dayglo tinsel Christmas trees. I snagged a magnet and marched it straight up to the cashier in one of those moments that caused my daughter to (again) roll her eyes and ask why I would pay $5.00 for that.

It’s pink (of course), and it says “What are You Waiting For?” At 52, those five words became my mantra.

And then I met a woman who called me Fearless. For no real reason that I could hang my hat on — she knew hardly anything about me. But she named me, and she named me Fearless. The word has stuck; my life has become one unexpected step after another, and I giggle every time I think about the effect that one word from a stranger has had.

And so this blog is off my ass, into my life, fearlessly honest and much like my favorite store: one of those off the wall places that stocks a random assortment of stuff you’d never think to buy. But hey, one step after another.