Fluff my garden
Sweet pink.
Rustle me til all my pollen whirls
And let me water you
With sticky sweetness
Top to toe
In the dew-wet morning.
Wild
Flowers.

When I walk now,
I gasp a little.

Weak-kneed and queasy,
trusting myself only on this simple
path —
straight and safe and
known

(we love the known),

Sun and breeze a shield of sorts,
holding me together or
(at least)
familiar parts of me
within arm’s
reach.

‘Twas the night before New Year’s, and all through the house

Every Who down in Whoville was doped up and soused.

They hated the New Year; they grumbled and whined,

“We don’t want a NEW year; this suits us just fine.”

But the clock wouldn’t listen, it groaned and it wheezed,

That would blow that foul second hand forward and then

Slap the faces of Whos with a pointy-mouthed grin.

Cindi Loo sucked her nipple of mead on full throttle.

While Muffy poured scotch and Big Joe warmed the wassail,

I saw Gramps downing Nyquil to plump up his fossil.

Homer was huffing and Jane rode a bender

While Grams poured tequila and rum in the blender.

“We must stop it from coming! We’ll stop it this year!”

Father Time gave the gift that he wouldn’t take back.

He granted them change and a hope for the new,

Whilst snickering snickers, ice cold as a shrew.

It’s a New Year, My Lovelies, You Hortons and Whos,

And you’ll take it and thank me; you don’t get to choose.

So get on with your hopes and your dreams and your wishes,

Cause I’ve got the clock, and you dogs is my bitches.

with apologies to Clement C. Moore and eternal gratitude to Dr. Seuss  🙂 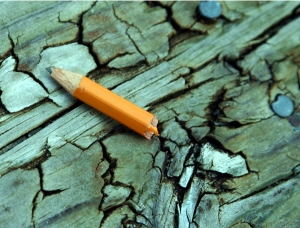 the world is topsy turvy on me now
and i am left to wonder
if my center is askew
or simply old
and hardened,
and seeing these new days with eyes
unable or unwilling
to adjust
from my accustomed way
of watching doing caring.
asking soft if i will need to (want to) (or be able to)
re-right (rewrite)
myself ,
or if the universe
will find her quiet balance
now
at last.
or maybe
we will both fly off our axes
toward
the twinkly
stars.